You’re late. You were supposed to be reading this an hour ago. Did you sleep in? No? Is this actually MY fault because I turned my clocks ahead on Sunday? Well, what was I supposed to do? Leave my clocks alone and use them to tell time like a sane person?

Anyway, if this episode is a little short it’s probably because of time dilation due to changing the clocks, or something.

Honestly, I think people aren’t taking this daylight savings business far enough.  If moving the clocks is a good idea, then let’s really make the most of it. I say we abolish March and replace it with an extra August later in the year. That will give us one less month of winter, and instead we’ll get an extra month of summer! Sure, that will really screw with everyone’s existing calendars, and things might get a little messy for people with birthdays in March / August, but think of the possibilities, Shepard!

09:38 The Animation of Sonic Games
Daniel Floyd really outdid himself this time. I’ve never played a Sonic game, and I still found this thing fascinating.

How do you feel about Miranda’s ass getting downgraded in the upcoming remastered Mass Effect trilogy collection? It was such an important aspect of the games and it’s lore, the camera shots of her ass being an example of the series’ superb cinematic presentation. I remember your analysis of the series had a long detailed post about how Miranda’s ass was one of the few things you liked about Mass Effect 2 and how her ass should have been it’s own game because it being in ME2 felt like wasted potential.
Best regards,
A fellow gamer. 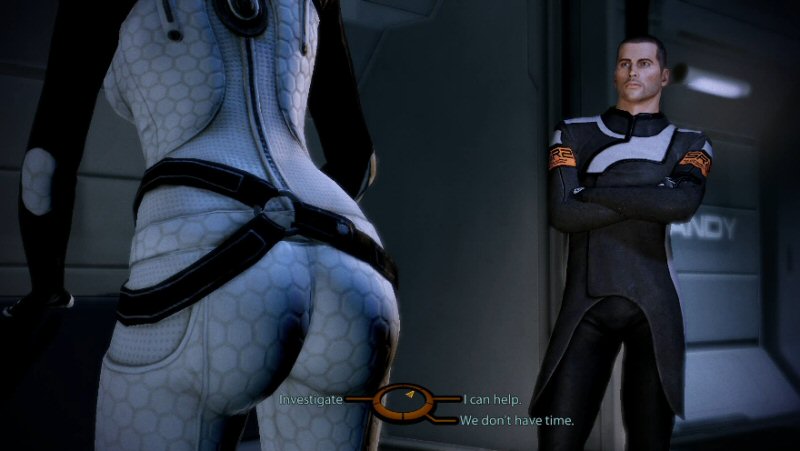 Sorry to butt in Shepard, but I'm really falling behind the rear admiral and it's bumming me out. I need to ass you for help before I get canned. Butts.

Currently on Kickstarter there’s a project for a dungeon (and building) generator that places room decorations randomly but in what seem to be believable places. I don’t know that I’ve heard this mentioned on The Diecast, but it would seem to be in Shamus’s wheelhouse, so I thought I would send this message. (The project doesn’t end until Thursday, Mar. 11, so this might actually still be timely when you get to it.)

I have no idea how (or whether) this thing might actually work when/if it’s released, but the pitch video sure looks interesting. Of course, one of the corollaries of Clarke’s Third Law is, “Any sufficiently advanced technology is indistinguishable from a rigged demo” so evaluation of risk/reward is left as an exercise for the potential backer.

** That’s what Google Translate says is the Latin translation of “Throwers of dice”. Which means it’s probably about as correct as the assembly instructions for cheap Chinese-made furniture. But there you go.

Dear Diecast,
Do you think it’s possible for a game to be narrative-driven and at the same time offer enough mechanical complexity or depth to be highly replayable? (And, if so, can you suggest a few possibilities?) When I’m playing, for example, an RPG I tend to run out of patience with the game’s story long before I run out of new character or party builds that I want to try. Even if I liked the story a lot on my first playthrough–or my first few playthroughs, for that matter–I end up resenting it in the end as unwelcome obstacle between myself and the parts of the game that still interest me. What’s a designer supposed to do for or about a player like me?
Thanks,
John

Internet News is All Wrong

Why is internet news so bad, why do people prefer celebrity fluff, and how could it be made better?