So another year unwinds, inching us inexorably towards the darkness and the end of our mortal existence. As that absolute silence creeps ever closer we can reflect on the fact that this year gave us some nice videogames to distract us from that final mystery. Which is nice.

Last year I proclaimed the year of “Meh”. Afterward I second-guessed myself. Was it that bad? Maybe I was having a bad year? Maybe I was tired of the tried-and-true mechanics? Maybe I was just really, really sore about how the Thief reboot turned out?

But no. If anything, last year looks even more pathetic compared to the lineup of 2015. I couldn’t even remember my GOTY from 2014. Looking back, I see that it was Borderlands: The Pre-Sequel. To show just how different 2014 and 2015 are: If Pre-Sequel had come out this year, it wouldn’t be in the running for GOTY and it might not even make my end-of-year list at all. I mean, I liked it at the time. But I don’t think I’ve given the game a second thought since writing that post.

Every year I look for a theme that ties it all together, but this year we kind of have two. In the indie space, this seemed to be the year of games about programming and development. We got TIS-100, Human Resource Machine, The Magic Circle, Infinifactory, and Else Heart.Break(). You could argue that the command-line and script-driven Hacknet also belongs on the list. Maybe Beginner’s Guide could be part of the list as well, since it’s a game about game development? Sort of?

But in the AAA space I think we had a different theme going. For big-budget games, 2015 was the year of bugs, glitches, and bad ports. So I suppose it was also about coding, but in a different way. To put it in perspective: Bethesda released a game this year, and it didn’t even make the list of top 3 buggiest games. What are you doing, Games Industry? Look at you! Pull yourself together!

Doubtless next year will be better, bug-wise. We’re still in the shake-out period for the new console generation, and that’s always hard on game engines.

Before we talk about my favorites, let’s jeer at the losers… 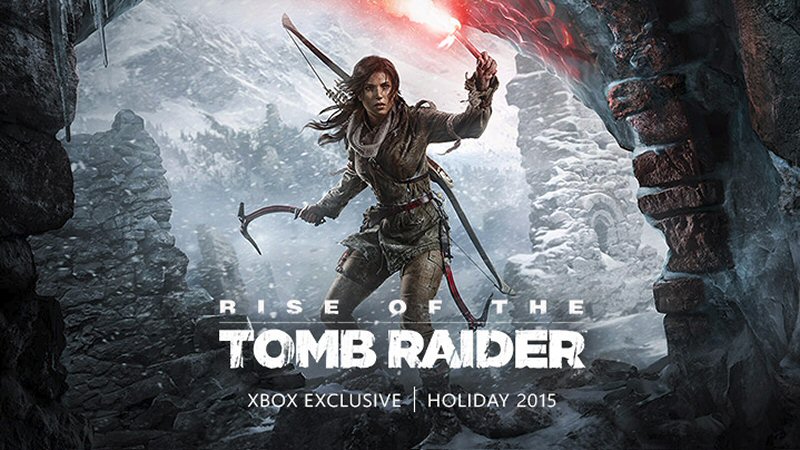 See, you're calling it 'rise' of the Tomb Raider, but I think the franchise is headed the other way.

I hope Microsoft paid Crystal Dynamics a shitload of money for this exclusiveUnlikely. I’m sure the money went to Square Enix. So this exclusive probably benefited Square at the expense of Crystal Dynamics. because they released the game on the trailing platform to little fanfare, and they released it on the same day as the juggernaut Fallout 4. It’s like they didn’t want people to buy it.

I guess next year it’s okay if we just pretend this release didn’t happen and treat Tomb Raider like a 2016 title? Are you allowed to do that? How come nobody ever posts the rules for how end-of-year lists are supposed to work?

It will be interesting to see how much of a marketing push the game gets when it hits the other platforms. Square Enix hasn’t shown much respect for this “new” franchise, and their expectations don’t seem to make a lot of sense. They’re also going through some sort of restructuring, and new execs are famously indifferent to the monuments built by the previous exec. So I wonder if they’re going to want to drop a bunch of money on the second Tomb Raider launch.

This is the gaming equivalent of those kitchen gadgets that look super-fun in the commercial, but then you never actually use the damn thing.

Okay, it’s not really fair to call this one a “loser”. I actually like this little guy. I’ve been shopping around, trying to find a game where having a thumbstick, tiny face buttons, and two touchpads would be advantageous. I can’t find fault with it, but it seems to be a solution to a problem I don’t have. It’s a way to play PC games on the couch.

I don’t regret buying it. As someone working to release a game on Steam, I needed to own one of these anyway just so I could understand how people might try to use it to play my game.

I’m glad the Steamtroller is there and I hope it finds a place in the market, because I’d love to see the chasm between console and PC gaming get a little smaller. But I guess I always hoped the console players would move a little in my direction instead of me moving in theirs. Which is probably why the chasm exists in the first place.

SHOOTY VIDEOGAME STARRING ANGRY PROTAGONIST MAN AS HE SHOOTS THE BAD THINGS IN A LOCATION.

I’ll bet you forgot this game existed. I did. When designing a game, I think it’s paradoxically really dangerous to play things this safe.

The tragic thing here is that this game would have been a contender for my GOTY. I really love these brawling mechanics. Batman is fast and mobile and the game has given the bad guys lots of interesting powers for you to react to. On top of that, the team-fight mechanics are a complete blast and contain everything I’ve ever wanted from a superhero game. Team fights are fun and full of banter and I would love to play a game where you control a duo like thisPublisher: You want Batman to team up with somebody? You mean like another Batman?.

But Batman isn’t the star of this game. And the team fights are basically a footnote. Going by sheer playtime, the focus of this game is the stupid, obnoxious, overhyped, contrived, overcompensating car. The car dominates so much of the game that it crowds out what are supposedly the core mechanics. And I can’t stand the damn thing. It’s thematically wrong. The controls are uncomfortable. It’s called a “car”, but most of the car-based gameplay forces you to transform into tank mode. And I play Batman for the rhythm-based brawling, not to roll around Gotham in a Michael Bay inspired transforming tank-car, blowing the shit out of everything.

The car-tank fights are tedious, plodding, and excruciatingly repetitive. I hate this stupid car not because it’s not fun (but to be clear, it’s really not fun) but because it’s so mandatory. Most of the boss fights are tank-fights. A huge part of the story is built around tank fights. You can’t even ditch the car and do free-roaming brawling on the streets, because the streets are patrolled by enemy vehicles and you can only get rid of them by doing more tank missions.

And then there’s the problem where this was apparently one of the most infamously bad PC ports of the last few years and the publisher was actually obliged to pull the game from Steam for months until they could basically redo the port.

I didn’t play this one, and to be honest I’ve always been a fair-weather friend of the series. But the decisions here are so startlingly wrong-headed and so nakedly short-sighted that I think I can safely deride it without needing to pay Activision fifty bucks for the privilege.

In most of the old games, you could create your own skater. I never played with one of the stock skaters. I always crafted my own. But at some point this feature was cut, and now you just select from a small list of famous people and dress them up. Sigh. Fine. I get it. Dynamic models are hard. It wouldn’t hurt so bad, but they decided to shoehorn in a sort of always-online multiplayer thing. So now you’re skating around in a world of people who all look the same.

Also not working in this version? Skateboarding mechanics.

And for all its other faults, it looks just awful. The art looks like a Source mod or an Early Access game.

This isn’t game design. That’s brand sabotage. Is Activision trying to kill this franchise on purpose? Did Tony Hawk say something unflattering about Bobby KotickFor example: “Hey, you’re Bobby Kotick!” at the Activision Christmas party last year? I have no idea, but asking fifty bucks for this mess requires unmeasurable levels of audacity.

Tomorrow we’ll talk about some games I wanted to play, but didn’t have time for.

[1] Unlikely. I’m sure the money went to Square Enix. So this exclusive probably benefited Square at the expense of Crystal Dynamics.

[2] Publisher: You want Batman to team up with somebody? You mean like another Batman?

I'm a very casual fan of the series, but I gave Civilization VI a look to see what was up with this nuclear war simulator.

An ongoing series where I work on making a 2D action game from scratch.