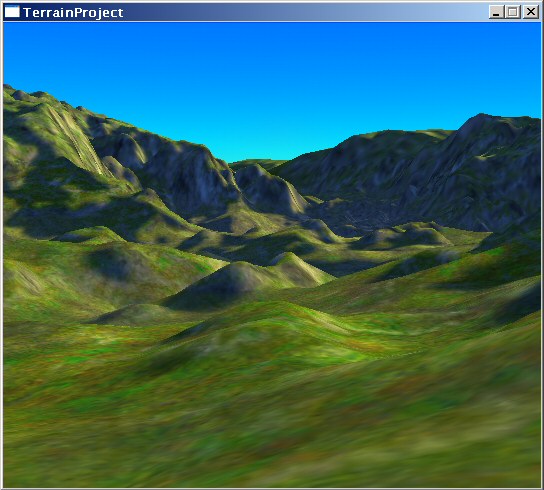 MAKE linked to my terrain project and since then a few people have expressed interest in the code. I’m not sure why this is catching on now. I tried putting the story on digg a few days ago and it was more or less ignored. Go figure.

Anyway, I’ll go over the project and will probably be releasing the code this weekend. If anyone else is interested, just drop a note in the comments. Thanks.

C++ is a wonderful language for making horrible code.

What is this silly word, why did some people get so irritated by it, and why did it fall out of use?