The year is 1982 and I’m stuck in the middle of a long, long school day. I’m 11 years old. I’m in a Special Ed classroom, waiting to go back to my regular classroom. I have ten minutes to go.

I start staring at the large clock over the door, pretending I can make it move faster. I focus on it, staring at the center of the clock until the edges of my vision go blurry. Move. Move faster! Get me out of here!

Suddenly the minute hand begins visibly moving. I blink, thinking that all of my staring has created a weird optical illusion. Clocks can play funny tricks on your eyes – particularly when you’re staring at them – and I figure I’ve stumbled into some sort of perceptual weirdness. I rub my eyes, look back, and the minute hand is still gliding along like a second hand. It passes the top of the hour. According to the clock, it’s past time to leave. I look around nervously. Nobody else is leaving. The rest of the world seems to be moving normally.

My heart starts pounding. I’m worried I’m going crazy somehow. Maybe… maybe it is past the hour and I’m still sitting here when I should leave? My skin is crawling. I keep looking down at my desk, then back up to the clock. Each time I’m hoping the minute hand will be back where it belongs. Barring that, it would be great if it stopped moving so fast.

I stop looking at the clock. I’m just going to sit here and pretend this isn’t happening. I figure someone else will tell me if I miss my cue to leave. I sit motionless for an unknowable number of minutes, waiting for the world to start making sense again.

“Hey, look at the clock!” says one of the other kids.

I breathe a sigh of relief. It’s okay. I’m not crazy. Other people see it too.

Some people laugh. Others make jokes about time “flying”. Hey, it must be time for lunch now! Almost time to go home. Ha ha.

The teacher has a watch and he lets me know when it’s time to change classrooms. I wobble out, grateful I’m not losing my mind but also still freaked out over the whole ordeal. I don’t tell anyone that the clock broke while I was pretending to speed it up, because even if they believed me, it would just make me look like a fool.

I come back to the same classroom in the afternoon, and the clock is still misbehaving. It’s not like the minute hand became a second hand and the hour hand became a minute hand. Its movement seems to be completely divorced from normal clock behaviors. It’s apparently gone all the way around the 12 hour cycle several times in the last 2 hours.

The clock is very large, mounted over the door, and built into the wall, so there’s nothing anyone can fix. There aren’t any external controls to manipulate and no visible cable to unplug. Once the jokes are over, everyone just ignores it. I try to avoid looking at it, because it still gives me the willies.

The next morning we discover the clock finally died, with both arms facing roughly downward towards the 6 O’clock position. It actually takes almost a week to get someone in to repair the dang thing. 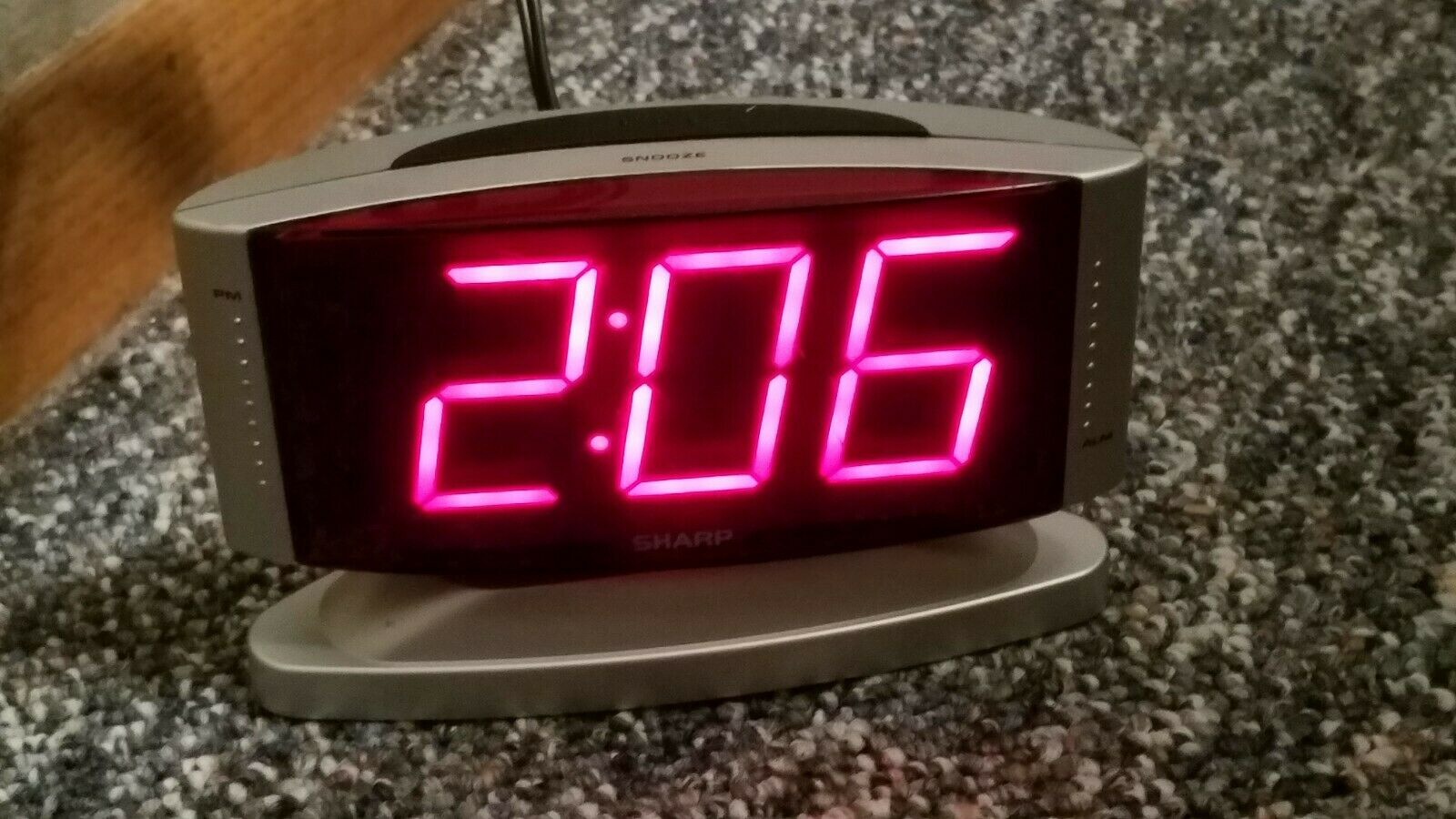 Not quite the same as my clock, but close enough.

It’s the early hours of Wednesday, January 13, 2021. I realize I’ve stayed up longer than I intended to, watching dumb compilations of glitches in Cyberpunk 2077. I shuffle into the bedroom as quietly as I can, trying not to wake up my wife. I glance at the clock. It’s a few minutes after 2AM.

I stare into the black void of the ceiling for a few minutes, then roll over onto my left side. I usually fall asleep in this position. My digital clock is on the nightstand in front of me. I stare at it listlessly, waiting for my eyes to close.

Is this a really dumb dream? Did I fall asleep already?

“What’s wrong?” my wife asks. Apparently I woke her up when I came to bed, and she’s noticed that I’ve been sitting up for several seconds.

I tell her to look at the clock.

I am once again relieved to discover I’m not losing my mind.

I lay down and watch the clock malfunction for a while. I find it creepy but also fascinating. It doesn’t seem to be counting seconds. If a drummer was in step with these numbers, then I’d say he was playing at about 90bpm. That’s roughly the bpm of your typical downtempo study music. A functioning clock runs at – and I hope you knew this already – 60bpm.

The clock seems to be in some alien mode. This thing uses a 12 hour display, which means it normally rolls over from 12:59 to 1:00. But after a few minutes of malfunction it’s displaying zero as the first number, which is normally impossible. This feels creepy so I unplug the clock and go to sleep.

The next morning I plug the clock back in and find it will no longer function. You can set the display to whatever time your want, but the clock will never count forward.

From experience, it seems like clocks typically break by either stopping or slowing down. But twice in my life I’ve encountered clocks that malfunctioned by accelerating, and both times I was staring at it when it happened. One clock was an ancient mechanical clock, and the other was a digital clock that’s probably less than a decade old.

I’m not suggesting that anything paranormal has happened. I’m sure this is just a really strange and uncanny coincidence. But now I think I’ve developed a goofy phobia of clocks moving at the wrong speed.

I was trying to make fun of how Silent Hill had lost its way but I ended up making fun of fighting games. Whatever.

68 thoughts on “Time Keeps on Slippin’”