Number one: Based on the feedback I got last week regarding my book cover, we decided to take another pass at it. I sort of resent this work. You can fuss over this sort of crap forever. You can dump days of productivity into tweaking font selection, obsessing over text placement, re-wording the blurb, changing image composition, and worrying about a dozen other little details. It’s possible to pour many hours into messing with things that aren’t ever going to impact sales.

On the other hand, the cover really is the first thing people see, and it makes sense to put some time into it. Going by the advice some self-publishing authors give, the quality of the cover is more important than the quality of the contents. That’s really cynical and depressing, which means it’s probably true.

If you’re curious, this is where we are now: 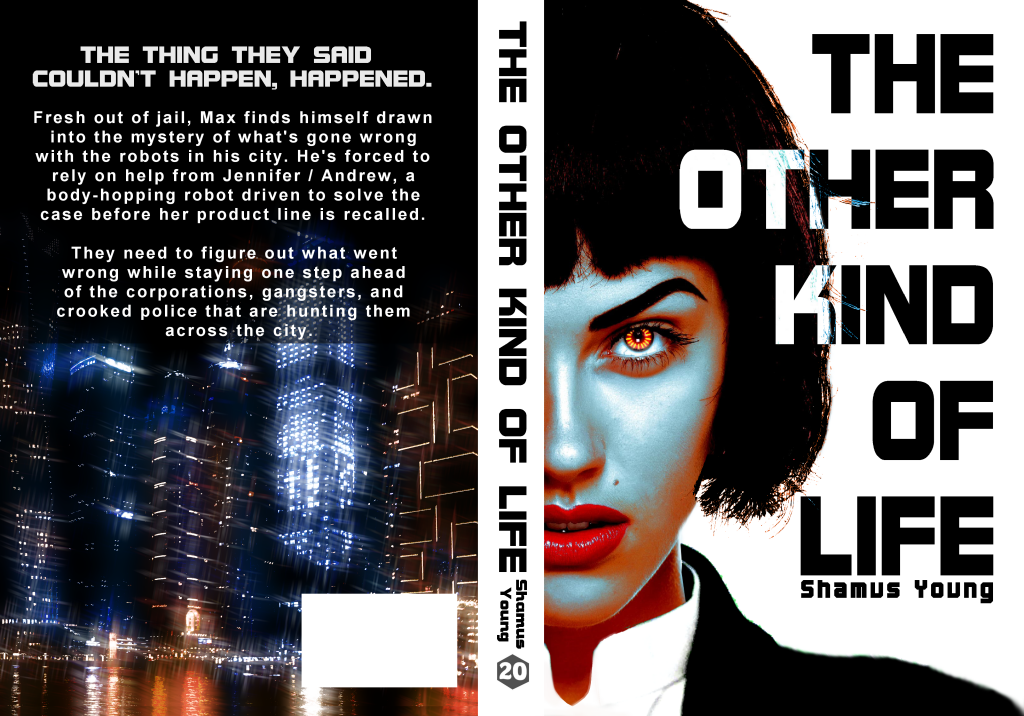 It's a story about things that happen to people in a place because reasons.

Just remember: As far as you know I’ve been hyping up this release for months and everyone you know is ready to buy two copies, okay?

Number two: I’m still working on my end-of-year list. This has been a weird year for me. In the past I’ve played a large number titles thanks to sales and Steam backlog, but this year I spent a lot of time with a small number of games, and a lot of those games are leftovers from 2016 and 2017. I spent over a month with Andromeda and Destiny 2. And I’ve just spent the better part of last week playing a game from 2010.

This is good in the sense that I really enjoyed my gaming this year, but it also means I missed out on the really big tentpole releases.

Number three: I installed Starcraft II again last week. Oops. I’m trying to release a book, I’ve got lots of current games to play, and I’m still working on my end-of-year content, but the Starcraft II fever struck and I stupidly thought I could just install the game to “play a round or two for old time’s sake”.

I’m sure you’ll be shocked to discover that I ended up playing more than one or two rounds.

I’m still garbage at the game, though.

There’s an old saying in golf, “If you can’t play golf well, learn to enjoy playing it poorly.” This quote is usually paired with an image of a dumpy middle-aged guy hacking a massive divot out of the course in a botched swing. Or he’ll be standing in a sand trap. Or he’s standing in the trees, looking at the ground and scratching his head. You get the idea.

I guess Starcraft II is my golf. I’ve learned to enjoy being terrible at it. I’m really horrible at multitasking, and Starcraft is a game built almost entirely around multitasking.

 The End of Black FridayPrevious Post
Next PostChristmas Elves vs. Fantasy Elves 
From The Archives:

A programming project where I set out to make a Minecraft-style world so I can experiment with Octree data.