It’s almost 2020! Welcome to the future, I guess. It’s a shame Cyberpunk 2077 didn’t come out in 2019, since that would have been thematically appropriate for a year where the AAA publishers all went full-on corporate dystopia.

While we didn’t get much in the way of cool cyberpunk shit this year, the big publishers went out of their way to behave like childishly cliché cyberpunk corps.

This is Totally Unrealistic 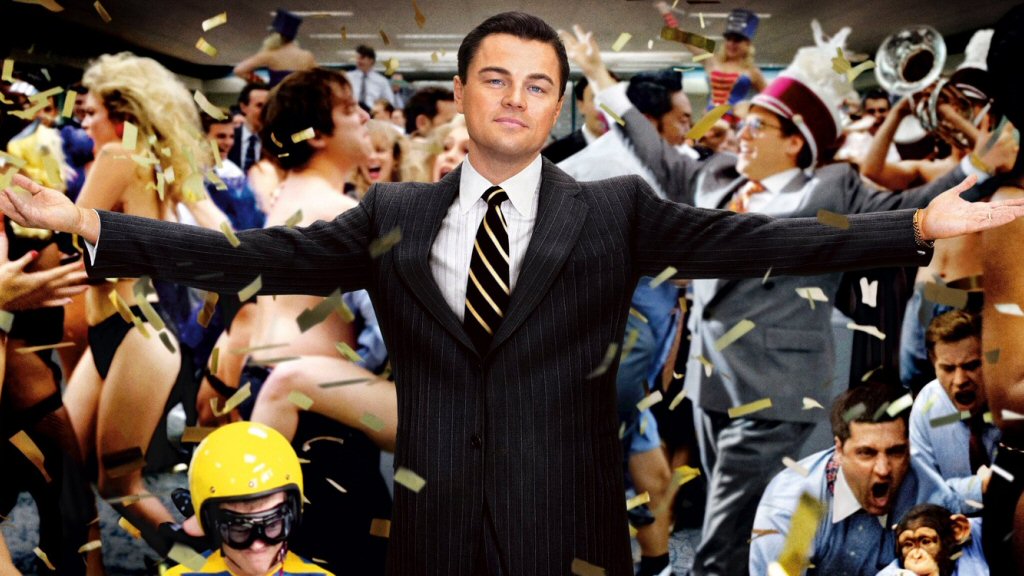 This year was an all-clown circus.

If I read about their behavior in a novel, I would roll my eyes because it seems so implausibly over the top. Like, come on… do you really expect me to believe that a publisher would hire a couple of goons to visit a gamer’s house and grill him about leaked screenshots? Is anyone expected to believe that AAA publishers would be so excited for microtransaction money and so fearless of public backlash / governmental regulation that they would put literal slot machines into a $60 basketball game? Or that they would put actual  casinos in a game that serve the same function as a real casino? That’s silly.

Are we supposed to believe that publishers are so clueless and tone-deaf that they would put unskippable in-game advertising in a $60 title? Are you telling me that having plastic helmets recalled because they’re tainted with a dangerous fungus is a real news story and not an unused Max Headroom script? While the big western publishers have embraced the lootbox strategy, there’s no way kid-friendly Nintendo would stoop to gambling mechanics in a mainline title. That’s absurd.

Who could possibly be expected to believe that beloved Blizzard would embrace the censorious and authoritarian government of China and enthusiastically act as muscle for PRC’s thought police? EA bends the truth and engages in PR spin all the time, but it’s totally implausible that EA would go full-on Baghdad Bob and outright lie to shareholders that Anthem is fine, when the entire gaming public can see that this is blatantly not true.

Also, headlines like  “Activision Posts Record Earnings, Cuts 800 Jobs” are so silly and unbelievable that they break my suspension of disbelief. Bobby Kotick is certainly smart enough to know that – even if this is a good business move – the optics of the situation are ridiculous. Activision makes billions a year. Why would they damage the quality of a game just to sell stupid cosmetic crosshairs for $2? Come on! They’re greedy, not morons. That’s like having Amazon charge you an extra $1 to have your package taped shut before shipping. The move is so petty, the cost to the company is so trivial, and the optics would be so bad. In the real world, no serious CEO would approve something so small-minded.

The ESRB is a trusted source of information on game content, and it has been so for a quarter century. Developers spend a lot of time and money bending their work to bring it into ESRB compliance. I can believe this organization makes mistakes sometimes, but it would be ridiculous to imagine that the whole thing has been a sham the entire time and the ESRB doesn’t actually play the games it rates.

Bethesda is notoriously incompetent, but they’re not evil. They don’t go around harming their biggest supporters on purpose like a schlock movie villain killing one of his own henchmen to prove how evil he is. There’s no way Bethesda would ban supportive members of the dwindling Fallout 76 community for quietly reporting exploits to the support staff. 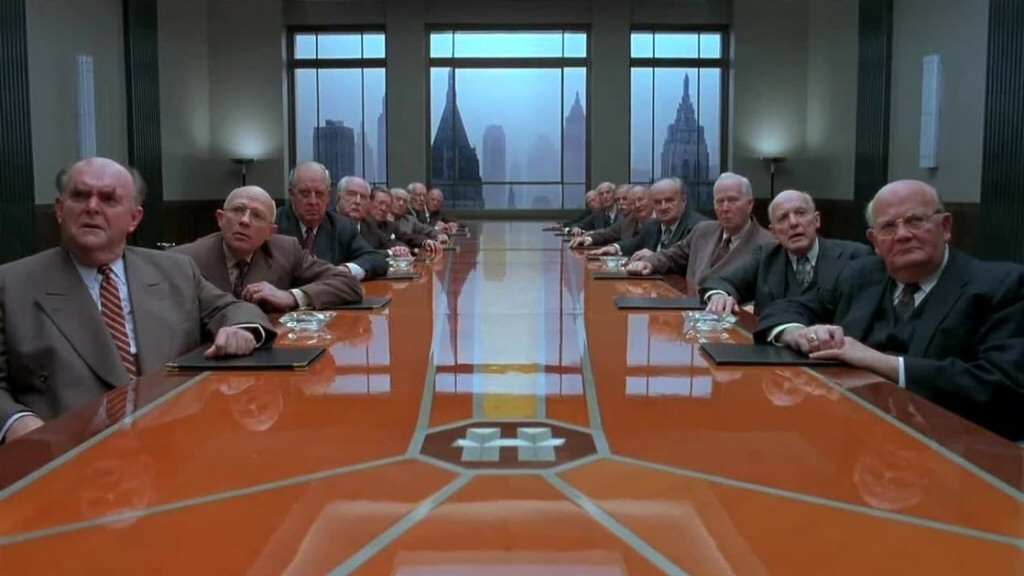 It turns out these guys were a rogue cell.

But no. All of this stuff really happened. It would be cool if the publishers were expressing their evil by hacking each other’s mainframes and hiring squads of mercenaries to assassinate each others’ executives, but instead they’re just ruining the hobby by being as rapacious, incompetent, and cartoonishly evil as possible. Their efforts are all pathetic, foolish, and small-minded. This is the lamest corporate dystopia I’ve ever seen.

To be clear, the above list of sins barely scratched the surface of what the various companies did wrong this year. Rather than improving the Epic Games Store, Epic gobbled up a bunch of games as platform exclusives, which caused a bunch of headaches, hard feelings, controversy, and a general substandard user experience for everyone. Rockstar Games rolled out their own PC games launcher / storefront, and – like every non-GoG platform before them – attached the half-baked platform to a huge release rather than making sure it was stable first. It caused the usual problems.

Despite their, wealth, power, and cutting-edge technology, Google managed to launch their Stadia gaming platform with a host of glaring technological issues. It’s overpricedIt’s not that far from the price of a proper console, PLUS the monthly fee, PLUS whatever overage charges you might rack up on your data plan. Who is this for?, short on titlesIt didn’t have many launch titles, and most of them were months old. And being sold for launch-day prices., half-bakedYou can’t buy games using the console itself. You have to use a phone app., and offers a substandard gaming experienceThe lag isn’t all that different from what people reported with OnLive years ago: The input latency varies between “You can kinda get used to it” to “literally unplayable”. that doesn’t even meet the promised levels of visual fidelityThe compression artifacts are visible. Why bother paying all of this money to stream 4K footage that looks worse than 1080p footage?. I’m hoping Stadia dies quickly, because the last thing this hobby needs is yet another entitled, tone-deaf, clueless corporation trying to push the limits on how much a company can over-charge and under-deliver.

After a disastrously buggy launch for Fallout 76, Bethesda broke their promise that microtransactions would be cosmetic only and they began openly selling gameplay items for real money. Then they rolled out a patch that doubled down on that policy while also re-introducing bugs that had been previously fixed. I know Bethesda is a joke because of their lack of QA, but that screwup goes beyond a failure to test. Are they not using source control? Just how intensely dysfunctional is their development pipeline that such a thing is even possible?

No year would be complete without a story of pointless DRM. This year it was when the SecuROM servers were deactivated for TRON: Evolution. Now people who paid for the game can no longer play it. DRM is supposed to prevent piracy, but here it’s just creating piracy in the opposite direction. People paid for the game, and now they no longer have access to their purchase. There’s just no excuse for that. Particularly when the publisher is Disney. It’s not like the company can’t afford to keep the servers running.

Let’s not forget the massive leak caused by the ESA’s recklessly inept handling of user data. Or when Activision – in a brazen effort to manipulate scores and thus deceive the consumer – launched a game without microtransactions, waited for review scores to solidify, and then added them. Or when Bethesda made sure the first patch for the lacklustre and buggy Wolfenstein: Youngblood “protected” the single-player game from cheat engine, because they prioritized protecting their microtransaction revenue over fixing the shitty broken game they were selling. There’s also the story where flaws in Fornite’s security left 200 million accounts exposed.

I wrote a SCATHING post on r/gaming, condemning the corporate shenanigans this year. I'll bet the executives will be crying all the way to the bank.

Bethesda spent the better part of a year lying to the Fallout 76 community, breaking promises, breaking the game, and trying to extract more money from people who had already paid top dollar for a mass of bugs and broken gameplay. And after all that, they added a subscription service with a monthly fee as if this was 2005. And then this new service opened with a fresh round of bugs, lies, and broken promises. AND PEOPLE BOUGHT IT ANYWAY.

Despite Activision’s shitty behavior, this year’s Modern Warfare is the highest selling in a generation.

It’s not the corporate avarice and chicanery that’s the problem, it’s the public’s willingness to tolerate it. If people are going to continue to reward this behavior with sales, then nothing else matters. We lost.

The one silver lining this year is that Jedi Fallen Order did well “despite” being a single-player experience with no microtransaction bullshit. And I think Stadia is a flop, although Google hasn’t officially tapped out yet. These stories are encouraging, and maybe these sort of things would help publishers realize that quality, value, and user experience matter. But then the Fallout 76 story sort of sends the opposite message. Honestly if I was sitting on Andrew Wilson‘s throne I’d probably feel like Homelander at this point. I’d conclude that I’m invincible and free to do whatever I want.

So yeah. It wasn’t a good year in the gaming business. Hopefully 2020 surprises me with something positive.

Next week we’ll talk about some games.

[1] It’s not that far from the price of a proper console, PLUS the monthly fee, PLUS whatever overage charges you might rack up on your data plan. Who is this for?

[2] It didn’t have many launch titles, and most of them were months old. And being sold for launch-day prices.

[3] You can’t buy games using the console itself. You have to use a phone app.

[4] The lag isn’t all that different from what people reported with OnLive years ago: The input latency varies between “You can kinda get used to it” to “literally unplayable”.

[5] The compression artifacts are visible. Why bother paying all of this money to stream 4K footage that looks worse than 1080p footage?

Could Have Been Great

Here are four games that could have been much better with just a little more work.