We have an extra-long show for you this week. Note that I’m not promising it’ll be the same quality. I’m just saying there will be more of it.

According to my daughter:

The three in the box are Dwight(Black+White paint) Lady(Brown Tabby) and Ava(Mostly black). The one off on his own is Goblin, our little sickie baby.

Looks like they’re all going to make it. Thanks to everyone who tossed a few bucks into the GoFundMe.

I don’t know if this is something the algorithm does for everyone, or if I somehow broke it so that it always wanted to show me the things I least wanted to see.

I don’t want to make too big a deal about this. All I did was close an account. I’m not trying to make some statement and convince the world that we should all abandon Twitter. I don’t care that other people still use it. I was just sickened by the stuff the algorithm promoted and I decided I didn’t need a steady drip of that nonsense.

I’m having to remember how I followed gaming news in the pre-Twitter days. I have to open up gaming sites directly and scroll through the headlines like some sort of savage. I should probably look and see if Reddit has any aggregation for gaming news.

It was a minor problem that was quickly fixed, but I did lose about 24 hours of email. Still, I do wonder how I lost control of that account. I usually use strong passwords.

During the show I talked about how I was working on getting the achievement / unlock for surviving for 20 levels. I got it about 3 hours after we wrapped the show: 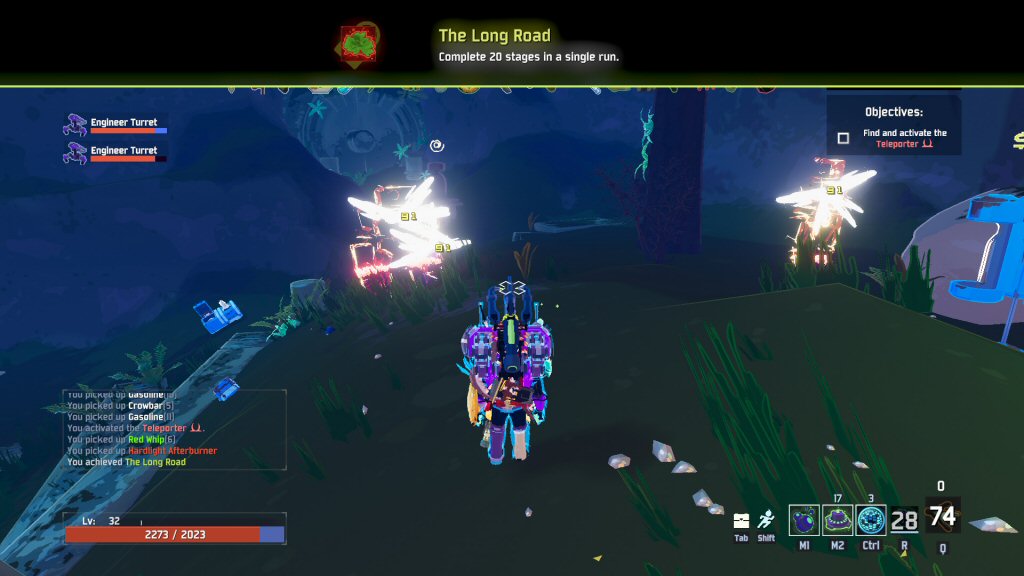 It would take me too long to explain everything that's going on in this image. The short version is I've been shooting monsters for a very long time.

I’m kind of sad that I’m basically done with everything for now. I’m having a lot of fun with this one, but I think I’ll shelve it until the devs roll out a few more features. The game is still in early access and there’s supposedly a lot more content on the way.

Also: I did not give Paul accurate information regarding the sealed chamber. Issac informed me that there are a couple of buttons nearby, and you need to press them both at once. It’s trivial to do if you’re playing with a friend, but if you’re playing alone then you have to shove one of the nearby pots onto the switch. This is hard, since the pots are explosive and you’ve usually got people shooting at you. I plan to drop the Engineer’s turret on one of the buttons and see if that counts.

What a shame. I was planning to pick this up once it started coming together. It’s a fun idea with a great look. But now it’s (apparently) abandoned.

On the show I mentioned that Paul builds circles around me. In my own games, I make incredibly slow progress because I spend a lot of time putting all of my machinery into warehouses and painting them by purpose like so:

It’s not the most efficient way to build, but… hm. Well, I’m sure all this effort counts for something.

It’s a sad tale. Read it for yourself: How BioWare’s Anthem Went Wrong

Is there anything Randy Pitchford won’t do for money? Discuss.

In the fallout from Kotaku’s exposé of Bioware’s seemingly awful working environment during the Andromeda and Anthem periods, Bioware’s Casey Hudson complained that actual names were named and that this was unfair on those individuals. Leaving aside the fact that both Bioware and EA were sent the article before publication and declined to comment on it, do you think his position is reasonable? In a business where staff are stressed and overworked to the point of needing to take entire months of medical leave, and which has now had two high profile failures in as many years, should the people responsible (assuming due diligence on the part of the reporter) really expect to remain anonymous?

I had no idea the G was soft. I’ve been silently imagining this name incorrectly for five years.

My picks for what was important, awesome, or worth talking about in 2017.