Over the years I’ve come to believe that you can gauge the quality of an ongoing fictional universe quite accurately by looking at the number of supporting characters it has. If, for example, The Simpsons had mostly been about the actual Simpsons, it wouldn’t have been half the show it was. It needed Chief Wiggum, Mr. Burns, Apu, Milhouse, Skinner, and all the rest to get to that next level.

So it probably won’t surprise you at all to learn that I think Batman’s villains are important, and almost as important to get right as Batman himself. In fact, even the tiniest, most insignificant-seeming error can be utterly catastrophic!

Clockwise from the top, this is Mr. Freeze, Killer Croc, and The Scarecrow.

Or maybe I’m exaggerating, but still, you should try to get them right.

I Have a Thing for Catwoman

That’s why I’m doing her first. That, and because everyone is probably expecting The Joker to be first, and I’m trying not to be too predictable.

I also ship Batman and Catwoman, because I’m a boring person who likes doing boring, obvious things, and this one is just too boring and obvious to pass up. To me, Catwoman, in her own way, works as well as a foil as The Joker does. That’s because the Batman-Catwoman relationship is based in mutual envy. Secretly, each finds the other’s lifestyle tempting.

The appeal of her life isn’t hard to figure out. Being Catwoman is probably a fucking blast. She’s a creature of unashamed appetite, quicker and cleverer than just about anyone else, languorously secure in who she is and what she does, and (mostly – see below) untroubled about her own darker side. 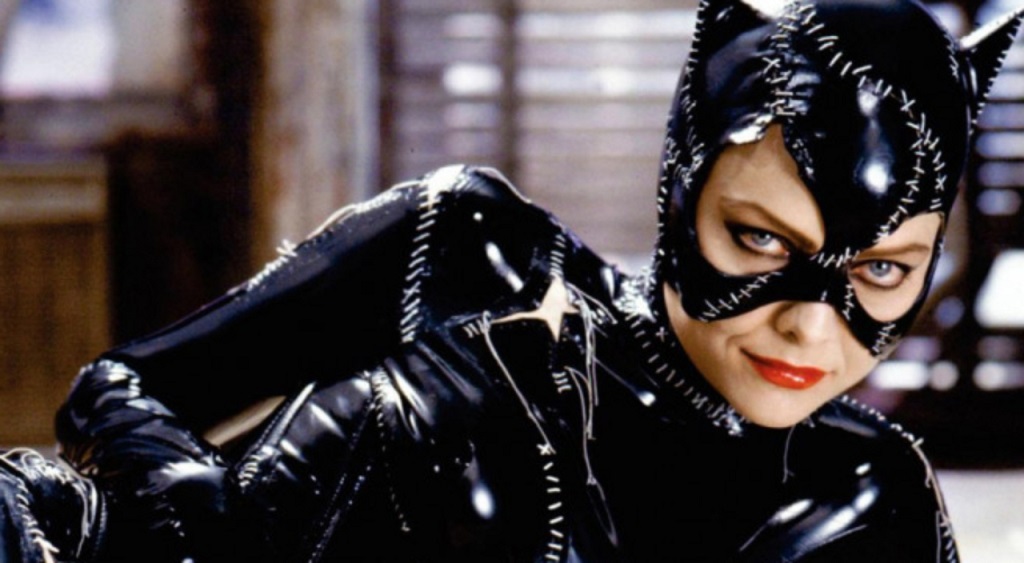 I was ten years old when Batman Returns came out. Not complaining at all, but Michelle Pfeiffer's Catwoman was a very confusing thing for my ten-year old brain to process.

I don’t see how Batman – and particularly the Bruce Wayne side of Batman, which is never entirely an act – could look at Catwoman without a knot of envy forming somewhere in his stomach. For her part, she sees something in him she envies too: how thoroughly he’s able to indulge his protective side. For Selina Kyle, a protective side is a vulnerability to be avoided, and to see someone like Batman so willingly and thoroughly express one is something she grudgingly admires (and occasionally emulates).

I like coming up with rules for things, so I might as well come up with some “Catwoman rules.”

1. Catwoman is never entirely a villain. This one is pretty obvious and generally followed by all writers, but it’s important enough to list anyway. Catwoman, while often an antagonist, should never quite be a villain. That would cheapen both her character and, through his attraction to her, Batman’s as well.

2. Batman must have a sense of humor. If all Batman ever does is scowl and punch people, Catwoman has no reason to be attracted to him. There has to be something in him that she recognizes and can occasionally draw out. This is the secret to good Batman-Catwoman banter, by the way, and these two characters and banter go together like cream and catnip.

3. Get you a Catwoman who knows how to lounge. Eartha Kitt and Michelle Pfeiffer could both lounge like pros. Anne Hathaway, while she has many other talents, never quite got this aspect right in my opinion. (She got the “oops” right though. If you’ve seen it, you know what I’m talking about.)

It's surprisingly hard to find pictures of Eartha Kitt's Catwoman.

4. They must have real criticisms of each other. When it comes down to it, Batman doesn’t like Catwoman’s selfishness. And she doesn’t like his judgmental side, and the fact that Bruce Wayne is a rich brat who could grow up with the luxury of a conscience. There’s a reason there’s so much push and pull to the relationship.

5. Don’t have them hook up unless you really know what you’re doing. Better to err on the side of forever unconsummated. If they do end up together, make it at the very end or something, like the Christopher Nolan movies did.

Final tip: if Batman-Catwoman is too hard or played out, try shipping Robin and Catwoman. Tons of untapped potential there if you ask me.

The Riddler, to me, is a case study in how brazenly foregrounding genre conventions can actually work.

And instead of glossing over these questions, Batman’s collective brain trust wrote them into Edward Nigma/Nygma/Nashton’s backstory. He’s driven to tell the truth (hence the riddles), and also to prove himself smarter than his opponents (hence, again, the riddles).

The Riddler, unlike Catwoman, is an actual villain, but (and this is hardly unusual in Gotham City) a tragic one. His gimmick of leaving clues and riddles is now presented as a compulsion rather than a choice, and not a healthy one either. I personally feel there’s a truly whizbang Riddler story to be told, one that will do for him what The Killing Joke did for The Joker. Someone should hurry up and get on that.

The Riddler-Batman relationship is more one-way than the Catwoman-Batman one. The Riddler wants to prove himself smarter than Batman. What Batman wants is unclear, which may be the missing secret sauce here. There needs to be something in The Riddler that challenges Batman. I don’t mean that challenges his riddle-solving or face-punching abilities. Something that challenges who he is as a person/superhero.

This is a difficult thing to explain, but the Bat-vulnerability that The Riddler is particularly equipped to target, in my opinion, is his arrogance. Batman has a noblesse oblige that is at least partly rooted in the belief that he’s better than everyone else, and succeeds because he deserves to.

What if he failed, though? What if there was a riddle that went forever unsolved, even by Batman, and even by the audience? Shakespeare used something like that trick in Othello. Iago’s final act of villainy was (spoiler alert) denying the audience the satisfaction of knowing his motives. The reader’s craving to understand is an expectation to play against. Just a thought.

I only have one “Riddler rule”:

1. The Riddler must have a bowler hat. Because why on earth, given the choice between a bowler-hatted character and a bowler-hatless one, would you ever pick the latter?

The hardcore Batman fans out there may already know that there are more than two recurring villains. Don’t fret – though I won’t cover the entire Rogue’s Gallery (it’s just too big), there’s more to come next week.

Ever wondered what's in all those quest boxes you've never bothered to read? Get ready: They're more insane than you might expect.