This week, my former editor at the now-defunct Escapist said:

Has anyone done an article on the secret to making good in-game secrets? I'd read the heck out of that.

Like a lot of the questions I tackle here, this started off feeling like a nice softball column where I could compare good secrets (perhaps the hidden areas in Portal) with bad secrets (like the obvious puzzles in Skyrim) without having to do too much thinking. But then I started asking myself: What are we talking about when we say “secret”? Are we talking about hidden areas? Hidden achievements? Easter eggs? Secret endings? What about absurd jokes like repeatedly clicking on a sheep to make it explode in Warcraft?

Since I want to write a column and not a book, let’s limit our scope: We’re going to talk about environmental secrets like hidden rooms or seemingly unreachable items. Traditionally this stuff is part of a first-person shooter, but occasionally they crop up in third-person games as well.

I remember my first secret. I was playing Wolfenstein 3D at my girlfriend’sNow wife. place in 1992 or so. I have no idea why I did it, but for some reason I hit the “open door” button while looking at a bit of wall. The wall moved, revealing a machine gun and some health.

This was obviously pre-internet. Not only did I not know how many other people may have found this secret, I didn’t even know if other people were even aware that such a thing was possible. Today we take secrets for granted, but at the time this a moment of discovery. I actually got a tingling sensation when I saw the treasure. As far as I knew, I was the only person in the world to have found this particular alcoveI was very wrong..

On the other hand, this moment also ruined the game for me. I found myself canvassing the levels, mashing the spacebar on every section of wall, looking for secrets. I’m sure that’s not what the developer intended, but that’s the behavior the game encouraged.

It’s been a quarter century, and game developers have continued to refine this idea. Some of them, anyway. Sometimes it’s fun, sometimes it sucks, so let’s talk about why. 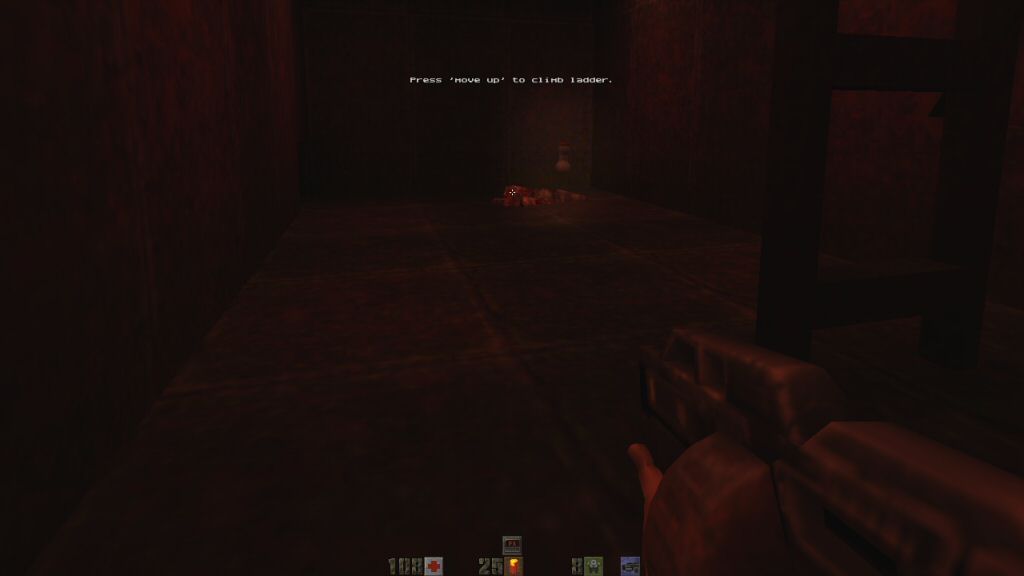 A permanent health booster from Quake 2. Highlighted for clarity.

The trick with secrets is that you want to reward players who take the time to find them. If a player spends fifteen minutes puzzling over an environmental obstacle, then they’ll probably be disappointed if their prize has no in-game value. If their reward is basically a checkmark on an achievement to-do list, then it starts to feel like busywork. The coffee thermoses in Alan Wake come to mind as a good example of an unrewarding reward.

On the other hand, if you put too many goodies into these hiding spots then you run the risk of making it hard to balance the game. Maybe a completionist player will get bored because they’re swimming in ammo and health resources, and a run-and-gun player will struggle because they’ve been leaving this stuff behindAnd just wait until these two get into an argument about how hard the game is. Whee.. You need to balance the game for secrets and non-secrets, and game balance is already hard enough to get right.

Wolfenstein did this by offering treasure. It’s useless in-game, but people are usually attracted to gold shiny things so it kinda worked.

My favorite kind of reward goes all the way back to 1997. In Quake II, each secret gives you a 1% increase to base health. I liked this because it was a permanent bonus. You can pick up a suit of armor and thirty seconds later it will be gone, but that health bonus stays with you. On the other hand, a 1% bonus is small enough that it’s not going to trivialize upcoming encounters. It’s a permanent, in-game reward that doesn’t create serious balance issues. And for some reason almost nobody has copied this system since then. 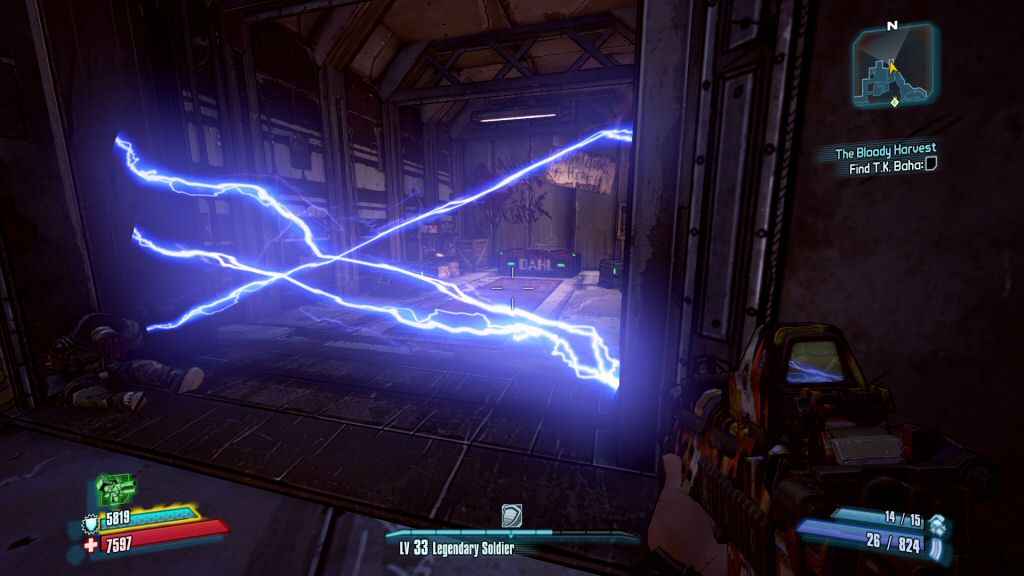 I can see my goal on the other side of this electric field. Now I just have to figure out how to get there.

I think the system where the player glides around the Wolfenstein 3D level randomly mashing the spacebar on every wall is obviously not a great design. The designer is incentivising fundamentally boring behavior, which is always a dangerous thing to do. For a secret to work, I think it needs to be either a puzzle for clever players or a prize for observant ones.

The puzzle works if the game shows you the reward and allows you figure out how to reach it. Maybe its on a high ledge, or on the other side of some bars, or visible through an unbreakable window, or otherwise clearly visible yet seemingly unreachable. This works really well because the player knows they’re being offered a puzzle, which solves the spacebar spam problem. They can also see the reward they’ll be getting, so they can decide if it’s worth their time or not. They won’t spend five minutes trying to open a door only to find their prize is a stash of bullets for a gun they never use.

The observation puzzles are more like the Lambda caches in Half-Life 2Although some lambda caches were also puzzles. Man I miss those games.. If the player is paying attention they’ll see the symbol, or the cracks in the wall, or the hidden button, and they can immediately claim their prize. The upside is that they don’t have to stop and solve a puzzle. If they see it, they win, which might be best for fast-paced games where you don’t want to kill the player’s momentum with puzzle time.

I like it when a game lets you know how you’re doing with regards to secret-finding. If you’re trying to find them all, then it’s nice to know when it’s time to stop searching. If I get to the end of a level and I see I got 2 of 3 secrets, I know there are still things to find. If I see I got 3 of 3, then I can know I’ve just done a thorough and meticulous job of wasting my time. And there’s a certain warm feeling of satisfaction to that.

There are two problems with this. The first is that certain OCD players will feel compelled to 100% everything, even if doing so isn’t any fun for them. They can’t stand to leave those treasures behind, even if they don’t need them and don’t enjoy looking for them. I don’t know how to save these people from themselves, and I suspect this is a problem with no solution. You can put in stats and give the secret-hunters warm fuzzies at the expense of driving the OCD players crazy, or you can give the OCD players a break while making things less interesting for people who are in it for the search itself.

The other problem is that stats are usually shown after you exit a level, which is exactly the moment where the player can no longer do anything about them. If you’re looking to 100% a level, then it would be nice to know the results before you dive headlong into all those loading screens and cutscenes. This was a constant source of annoyance for me in Dishonored 2. 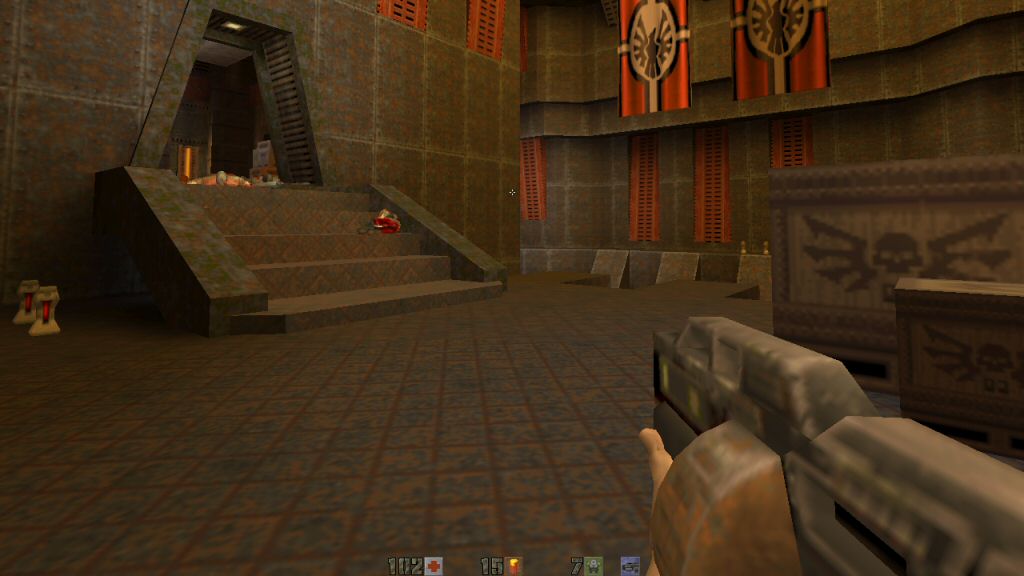 Always look under the staircase. Always.

Two small additional things that makes secrets fun for me. The first is a really good sound to let you know you got it. This will give you a clue that you found a real intentional secret and not just a dark sideroom. Also, that audio cue triggers a literal Pavlovian response in me. If the sound is good and the loot is good, I’ll enjoy finding the goodies more.

The other thing I appreciate is when some effort is made to make the hidden space look somewhat plausible. Make it look like a door is jammed, or the catwalk is out, or the wall was bricked over to keep out the aliens, or whatever. I prefer this to having nonsense rooms in random locations that clearly aren’t part of the world. Then again, it sort of depends on the game. I don’t demand lore-friendly secrets from Duke Nukem, but I do think they were an important part of the Thief franchise.

So that’s my take on making secrets fun to hunt for and rewarding to find. Tell me what I missed. What makes secrets annoying, what makes them fun, and what game does them best?

[3] And just wait until these two get into an argument about how hard the game is. Whee.

[4] Although some lambda caches were also puzzles. Man I miss those games.

 This Dumb Industry: Loot Boxes Are Not Gambling?Previous Post
Next PostWolfenstein II: The New Colossal Screw-Up 
From The Archives:

It's not a good movie, but it was made with good intentions and if you look closely you can find a few interesting ideas.

Punishing The Internet for Sharing

Why make millions on your video game when you could be making HUNDREDS on frivolous copyright claims?

Who is this imbecile and why is he wandering around Europe unsupervised?

180 thoughts on “This Dumb Industry: The Secret of Good Secrets”