People that follow me know that I am firm in my enforcement of the “no politics or religion” policy here on the site. I don’t talk about it, and I don’t allow the comment section to veer into politics. While I’ve offered a few reasons in the past, and I imagine most people intuit the reasons for it, I think it would be useful to have all of the rationale in one post.

From here on, when I say “politics” I mean “politics and / or religion”, since the two are often linked or occupy similar head-space.

There are many good reasons for the ban on politics:

If I talk about interesting thing A that has a touch of popular political debate B, then every discussion of A in the comments will be drawn inexorably to B, until B permeates the entire debate and we miss out on the finer details of A.

This is bad, because…

Yes, technically any topic can be volatile in the right company, but politics has a much broader ability to press emotional buttons, because the stakes are usually higher, and more universal.

When it comes to choosing which Star Trek series is the best, we can agree to disagreeEspecially if your answer is Voyager.. If we can’t reconcile our views on where the Star Wars prequel movies went wrong – or indeed, if they ever did – it doesn’t matter. The DVDs on the shelf aren’t going to change, and besides – they’re just moviesTerrible, frustrating, visually tiring movies..

But once we’re talking about passing lawsLiteral “go to jail laws”, but also laws in the softer sense of “you’re a bad person if you do this thing” type cultural norms. to impose our will for a more perfect (or perhaps, simply less awful) society on others, the stakes go up. Suddenly everyone has skin in the game. It’s no longer a debate about what we think of art that’s already completed, but about how we should shape some particular detail of our society and culture in the future – or whether anyone should have the right to do so.

This is exacerbated by the fact that… 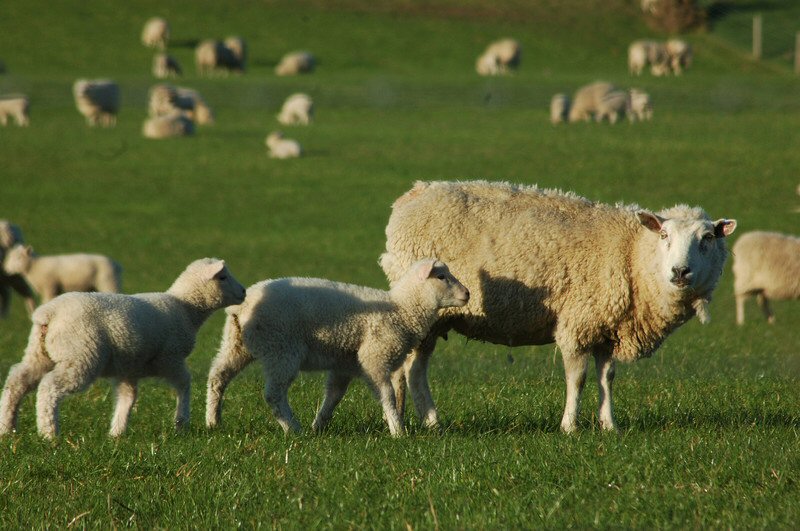 There is nothing more hilariously ineffectual than shouting WAKE UP SHEEPLE at your rivals, because to them YOU are the mindless sheep. Until you can shatter that perception, you're just screaming into a hurricane.

Maybe “othering” or “tribal” would be a better description. It creates a “handy us vs. them” mentality, often with color-coded teams and a Big Game every 4 years or so. So now to this already-hot mix of trouble we’re adding the fervor that comes from home team loyalty and long-running rivalries. This makes it difficult for people to discuss in a civil manner.

Even if you’ve mastered Mr. Spock levels of logic and self-control, the room is filled with people CALLING YOU AN IDIOT IN ALL CAPS, and people from your own side responding in kind. Your self-control is the equivalent of a guy who remains seated and gives a polite clap when their team scores a goal at The Big Game. It does nothing to restrain the howling going on around you. In fact, it kind of makes you look like a putz.

But even if you enjoy this sort of thing, I still don’t want politics here because…

This is further exacerbated by the way we interact with social media and how it drives our conversations, which is a malfunctioning feedback loop so horrible I can’t even begin to do it justice here. Maybe I’ll write another post about it.

EDIT from the future: Three years after this post, I did write about the poison of social media.

I know a lot of people really appreciate this about the site. It’s one place they can go where some dingbat isn’t going to scold, shame, judge, mock, dismiss, or provoke them. You can come here and talk about roleplaying gamesOnce every three years. When I take a break from videogames. in peace.

But even if the world really did need Yet Another Battlefield for the ongoing culture war, I’d still ban politics, because…

Maybe I’m sensitive to this because I’ve got people I love all over the political spectrum, so whenever you mock someone as evil or stupid, you’re mocking someone close to me. Maybe I’m sensitive because I feel responsible for what goes on around here and it’s really important to me that you have a good time. Maybe I’m just a big crybaby.

In any case, it drives me crazy when people I agree with end up driving away possible converts with childish insults. I hate seeing people from the other side argue with some disgusting misunderstood strawman version of my beliefs that frames me as some sort of horrible person. I hate when people ignore the stated beliefs of the opposition and slander them through amateur psychoanalysis, like so:

Why are {people from the other team} so {stupid / evil}? I’ll tell you, it’s because deep down they really {one thousand words of smug, unsubstantiated conjecture and projection}.

What you end up with are two basically decent people (by the standards of homo sapiens) who both want to live in a better, safer, more just, more comfortable, more prosperous world, but who have radically different ideas on what that means and how it could be achieved. Instead of trying to dig down and find the point where their identical goals become opposing means, they stay on the surface of the argument until they get frustrated, angry, and alienated.

I find this maddening. I can see where two people disagree, and they keep dancing around the point and saying things to make the other person less willing to listen. I want to wade in and “help”, but that would just turn an N-sided debate into an N+1 sided debate, which is very much the opposite of helping.

I keep playing the argument over and over in my head, trying to fix it. I get stressed, I don’t sleep right, and most importantly the brain activity normally dedicated to creating content for this site ends up spent trying to “fix” people I don’t know and can’t help.

And that’s just reading a debate. It gets that much worse when the debate is on my site, since…

6. Moderation is even more stressful.

I don't throw charges of corruption around lightly, but the ref here is declaring red a winner when it's obvious neither of these guys has thrown a punch yet.

Let’s say there’s a political thread with this exchange:

Sure, Bob crossed a line at the end. But Amy is actually the one who began name-calling, and from there it’s just a matter of degrees. Or maybe I should fault Bob because he’s the one that took the conversation and made it personal, by making it about Amy. Or maybe I should fault Amy’s opening comment for such a clumsy, provocative start. Did she think anyone was going to be persuaded by her casual dismissal of their worldview? Isn’t it possible that the first comment is the worst of all, since it basically doomed the entire exchange before it began? Heck, Amy’s teammates might appreciate it if I nuked her inept opening so that their more measured, thoughtful, and detailed posts could represent their team. But isn’t that unfair to Bob’s side? If I weed out soft targets like Amy, thus making her side seem smarter, then am I not really helping her side?

No matter where I intervene, someone could make the argument that I’m being unfair.

Maybe I should have cut this argument off before it turned nasty, but I was away from the computerTrivia: I sometimes fall asleep. Happens almost every day.. If a thread exploded while I was away, who do I punish? The first person who crossed the line of basic decency? The people who escalated afterward? All of them?

For extra fun: I can’t actually delete anything but the most recent comment unless I want to nuke the entire exchange. This is because WordPress freaks out if you delete a comment with existing replies. The entire thread structure flies apart and all the comments appear in simple chronological order without further context, thus introducing confusion to an already heated exchange. Chaos!

This is made problematic by the fact that maybe I really agree with one of these people and disagree with the other, and that doesn’t help with the objectivity. And even if I moderate with the wisdom of Soloman and the patience of the Buddha, some participants will be keeping score in their own heads, and if they disagree with my call they will accuse me of “bias”, and I’ll end up dragged into the fray.

And while I’m at it: I didn’t build this site and this audience just so some other yahoo could evangelize their beliefs, which I may even find abhorrent. If any yahoo should be selling their political views, shouldn’t it be me? Get your own site, jerk!

I’m not asking for advice on how to do moderation. Please don’t feel the need to suggest moderation techniques or whatever. I’m saying why I hate it and find it stressful.

So that’s the deal. I know the line between politics and not-politics can get really blurry. And I know sometimes the subject matter we’re discussing will pull us towards the topic. And I’m sure I’m not a perfect moderator. I have bad days and get cranky like anyone else. But I hope you’ll forgive me if I blow it, or if it looks like I’ve been unfair. It’s not an easy job, and I do the best I can at it. I also hope that if you find yourself wanting to bring up politics or religion, you’ll think twice and let it go.

[1] Especially if your answer is Voyager.

[3] Literal “go to jail laws”, but also laws in the softer sense of “you’re a bad person if you do this thing” type cultural norms.

[4] Once every three years. When I take a break from videogames.

 Not April FoolPrevious Post
Next PostThe Tea Drinker 
From The Archives:

Why The Christmas Shopping Season is Worse Every Year

Everyone hates Black Friday sales. Even retailers! So why does it exist?

This series explores the troubled history of VR and the strange lawsuit between Zenimax publishing and Facebook.

265 thoughts on “The No Politics Rule”