So my Mass Effect series has ended. In the final entry I wanted to look at where BioWare and the Mass Effect series are headed, but it didn’t seem appropriate to conclude a retrospective with so much speculation. So let’s have that conversation now.

The ending to Mass Effect 3 blew up the entire setting. Whether you liked it or not, it made it impossible for any author to continue from that point. Shepard’s final choice completely changed life in the galaxy. The story is vague about how it all turned out and what exactly the different endings mean, and there’s no way you can stick another game in the aftermath of the Reaper invasion without nailing down some specifics. Doing that would mean making clear many things that were – for good or for ill – deliberately left vague.

Yup. This galaxy is totaled. Write it off and build a new one.

So making a direct sequel would mean building the next game atop a vague branching ending that many hated and was riddled with confusing contradictions. That’s no way to begin a new story. What’s interesting here is that this is the opposite of what I’d expect from a company being turned into another EA sequel mill:

Mass Effect 1 left some hooks for the future writers to use for their story.

Mass Effect 2 ignored, retconned, or destroyed those features to tell a different story. Then they ended Mass Effect 2 at a dead-end that didn’t give them anything to work with in Mass Effect 3.

Mass Effect 2: The Arrival DLC painted the writer into an even smaller corner, because the Mass Effect 3 writer couldn’t contradict those events but they also couldn’t incorporate them into the plot.

Mass Effect 3 ended in a way that walls off any possibility of a sequel in the same galaxy. 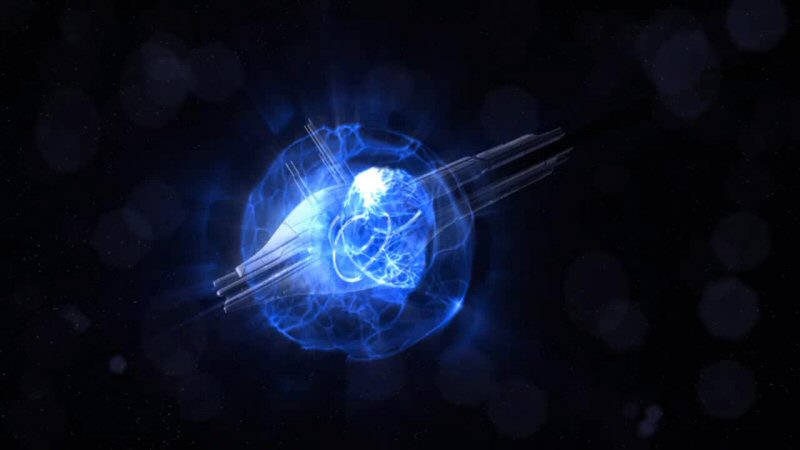 This is sad, but the silver lining is that it shows where EA does and doesn’t interfere. By comparing the behavior of BioWare with other EA subsidiaries, we can see what kinds of things the EA leadership is willing to impose on their developers. If several studios all decide to do X after joining EA, then it’s very plausible that X is something EA wants, not the developer. For example:

Forced multiplayer. Sorry, not forced. I meant “optional”. In the same way that the Windows 10 upgrade is optional. Take a single-player experience and find some way to passive-aggressively drag those people online. Maybe EA does this because the big tentpole shooters are all multiplayer-based and EA doesn’t understand the pronounced compartmentalization of their consumer base in terms of gaming habits and culture. Or maybe they just want us to log in so they can harvest demographic info. (Which might actually help fix the first problem.) It’s impossible to say, but adding multiplayer onto a fundamentally single-player experience (see also: SimCity) is something EA seems fond of.

DLC. EA just loves their DLC. Mass Effect 1 had Bring Down the Sky DLC. So maybe BioWare was already experimenting with DLC when EA bought them, and what we’re seeing now is just the continuation of that trend. But maybe this is something imposed – or simply strongly incentivized – by the EA leadership. It’s impossible to know for sure, but it is consistent with what the EA leadership is doing elsewhere.

But what about content and story? Not so much. As long as sales are good, EA is going to want another game called Mass Effect. But the current state of the Mass Effect galaxy is now hidden behind the event horizon of a branching mystery ending. Which means they need to move the story to another galaxy, leaving behind the locations and characters for which the series is known. The Mass Effect 3 ending is the last thing an EA executive would want.

This is – in a perverse kind of way – very encouraging. It means that even though I didn’t like the ending to Mass Effect 3, it was still the creative decision of a small number of people. It means BioWare is still free to make their own creative decisions, which means they can correct for their mistakes in the future. EA itself is incredibly slow to change direction, but – as the recent Hitman game showed – individual developers can make abrupt changes in creative direction if they feel the need to do so.

In any case, actually think moving the story to a new galaxy is a good thing at this point. Well, the ideal thing would be a total clean-slate universe, but this industry seems to have it totally backwards with regard to what series gets wiped clean and which ones accumulate lore clutter and convoluted continuity snarls as they chug along, directionless. But that’s a column for another time. In any case, I think distancing themselves from the original Mass Effect 1 material is a good thing.

Yes, I loved Mass Effect 1, but the later writers didn’t. Or at least, the parts they built on seemed to be totally unrelated to the stuff I was interested in. Their attempts at grafting their own story onto an extant work resulted in something neither one of us enjoyed. If the Mass Effect 3 writer wanted to write bombastic action schlock, then I’d prefer to see their vision on their own terms. I’d like to see it based in a setting built for that sort of story, rather than trying to have action schlock while paying confused lip-service to the nerds who wanted to roam around deep space to find the secret to defeat Space Cthulhu. Action Schlock is not a bad thing. I enjoy a good schlock now and again. I just don’t want action schlock in my details-first sci fi, for the same reason I don’t want gumdrops on my hamburger.

Moving to a new galaxy and into the future will give the writers a lot of freedom to dump what they don’t like and build up what they do. It gives them room to make a thematic and tonal shift, like the difference between Alien and Aliens: Both are good, but have wildly different personalities.

The next game will be Mass Effect: Andromeda, and this Reddit thread is supposedly everything we know about it so far. Here’s the E3 trailer, which has country music and no characters except for a faceless dude with a gun:

Mass Effect: Andromeda is being styled as a “space western”. That doesn’t match the tone and flavor of any of the previous games, and indicates that even after three games, this is still a franchise in search of an identity.

The “space western” thing is an interesting angle, because that’s how the original Star Trek was pitched by Roddenberry to studio execs who were unfamiliar with science fiction: You’ve got an unexplored frontier, and our heroes visit a new location each week and solve some kind of problem. It’s not a bad idea for a science fiction world. It won’t really feel like Mass Effect, but since we’re telling a new story with new characters in a new location, the most important thing is that the new story stay true to itself.

Mass Effect: Andromeda lead writer confirms he has left BioWare. Even if Andromeda is good – and we have no way of knowing at this point – I don’t think BioWare has learned the most important lesson of the Mass Effect 3 controversy. Or it may be that they have learned the lesson but are, in a company culture sense, incapable of doing anything about it.

The first installment is now an orphan. They have a new world built around ideas devised by someone who no longer works there. This doesn’t mean the new series is doomed, but it does mean it’s already exhibiting the problems that killed the original trilogy. It’s entirely possible that we’ll end up with a strong first installment, followed by a confused follow-up that doesn’t know what to do with the building blocks of the original.

Then again, maybe this time each installment will stand on its own, like BioWare does with Dragon Age. That would certainly ease the pain of changing writers. Still, this isn’t the best way to inaugurate a new setting.

A breakdown of how this game faltered when the franchise was given to a different studio.

Why was this classic adventure game so funny in the 80's, and why did it stop being funny?